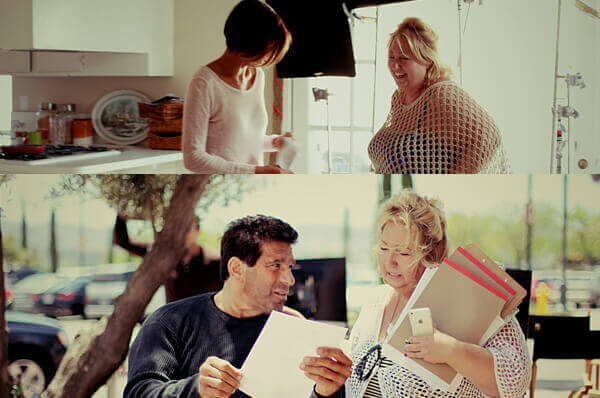 Below are the private acting lesson options with acting coach Michelle Danner.

Recommended to start with 1 hour
Work on your acting technique from comedic to dramatic material.
Actors are encouraged to explore and work on great writing.
Material will be assigned ahead of time.

You will form a toolbox of  your own and develop a comprehensive set of “acting tools” when approaching a role or a scene whether it be for film, television or theater.

Work on your acting technique from comedic to dramatic material.

Actors are encouraged to explore and work on great writing.

Bring your own audition pieces, or Michelle can assign material ahead of time!

Top acting school in los angeles – Michelle Danner and her faculty offer private coaching for those who are serious about honing their craft. Whether you have that dream audition approaching or you have already booked the role, a private coaching will give you the extra boost you need to feel confident that you are producing your best work yet. In a private coaching Michelle will guide you in preparing your material by helping to breakdown and analyze your sides and/or scripts in depth. Michelle will then help you make specific and bold choices that will allow you to bring the character to life. Private coaching is an invaluable tool that can take your career to the next level, coach with the best.

Michelle Danner is considered one of the top acting coaches in Los Angeles  as well as film and stage director and  author.

It was her father, who opened the very first William Morris Agency in Paris, France, that instilled a strong passion and work ethic in her that has stayed with her throughout her life.

Voted favorite acting coach by Backstage readers. She was brought in for her expert coaching on the WB show The Starlet and was featured with Andy Richter on The Tonight Show with Conan O’Brien.

Michelle trained extensively in Paris and New York with Stella Adler and Uta Hagen. She was the Managing Director of the Larry Moss Studio since it’s inception in Los Angeles for 20 years.

She is the Founding Director of Edgemar Center for the Arts and raised $1.3 million to construct the two theaters and the art gallery at the Center. At the opening ceremony, Steven Spielberg commented, “Here we have a venue that can turn out some extremely experienced, daring and resourceful artists.” She is currently serving as Artistic Director and teaches ongoing acting classes in LA at the Michelle Danner Studio, housed at Edgemar.

Michelle has directed and acted in over thirty plays and musicals in New York and Los Angeles. Her favorite acting credits include Tennessee William’s The Rose Tattoo, which garnered LA Weekly critic’s pick and five Dramalogue awards including best actress; House of Yes, Bright Ideas, Ibsen’s Ghosts the world premiere of One White Crow.

Michelle also produced and acted in the award-winning short film Dos Corazones, which premiered at the Nashville Film Festival and went on to win Best Cinematography & Audience Favorite at the Malibu Film Festival.

In 2006, she made her feature film directing debut How to go Out on a Date in Queens which was nominated and won four L.A. Film Awards including Best Director. It starred Jason Alexander, Esai Morales, Ron Perlman, Kimberly Williams, Rob Estes and Alison Eastwood. Her production company, All in Films, has several projects in the works: You’re on the Air, The Bandit Hound II, and The Will To…

Hello Herman starring Norman Reedus (AMC’s The Walking Dead), Martha Higareda, and Garrett Backstrom, premiered at the Hollywood Film Festival to a sold out audience and had its international premiere at the Monaco Charity Film Festival where it won the award for social relevance and was distributed on VOD in 100 million homes across the U.S. by Warner Brothers.

She is putting the finishing touches on her acting book, The Golden Box, which will be released in early 2017. Her latest film, The Bandit Hound, a family comedy starring Catherine Bell, Lou Ferigno, Judd Nelson, Paul Sorvino, and Verne Troyer, released on  2016 by Alchemy and is available in stores and the following digital platforms. Check Film Director & Los Angeles acting coach Michelle Danner’s future producing & directing projects. *Visit her film production company “All In Films,”