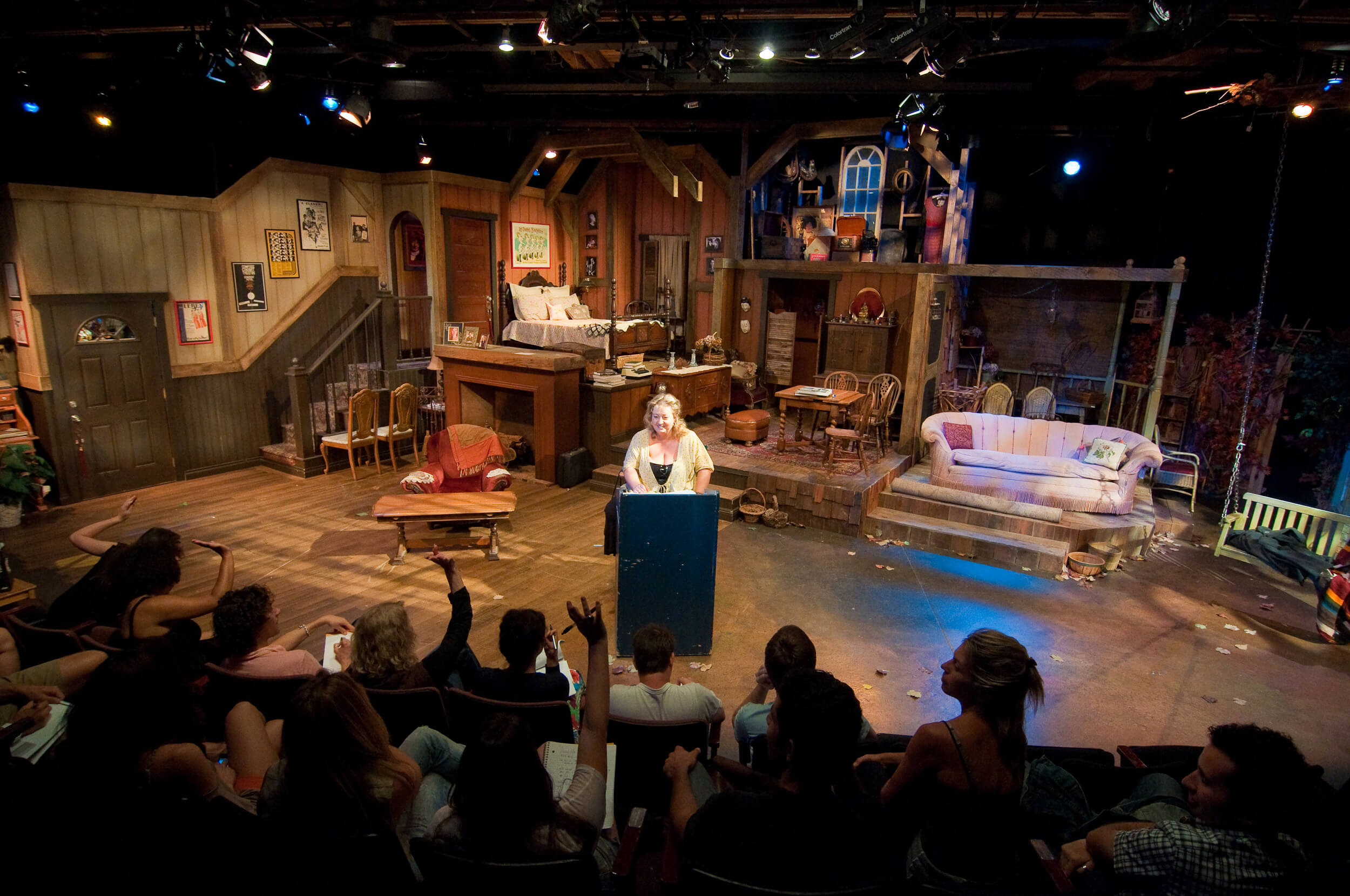 Work on feet – From first read – Rehearsal and Performance

In our Meisner Technique Acting Class students will learn the foundation of Sanford Meisner acting techniques: exercises in repetition independent activities, emotional preparation & scene work. The second half of the class consists of scene and monologue work, during which time students apply what they have learned in their exercises to their roles.

You will learn the core of our work, the first half of each Acting technique class is devoted to a sequence of concentration exercises to develop actors’ relaxation and effective memory: both sensory and emotional. The sense memory exercises utilize imaginary objects that most people deal with every day, so that actors can begin to create a simple reality for themselves. The second half of the class consists of scene and monologue work, during which time students apply what they have learned in their exercises to their roles. Improvisation is used to help create actual experience.

You will learn the Stella Adler technique. You will explores the language and principles of Stella Adler’s approach to acting, including action, circumstance, and justification. Students will develop a foundation from which to build themselves as actors as well as human beings.

This intensive is a practical hands on approach to acting utilizing the Meisner acting technique, Strasberg and Stella Adler’s approach to acting and study of theatre history through 1860 – present day.We will cover the modern masters using Checkhov, Ibsen, Strindberg, Beckett, Inge, Albee, Miller, Williams, Mamet, Shepard and Kushner’s plays as the landscape.

Discussion of theatre history for the modern cinema choice of modern Amercian master scene.  Continue to work on analysis of plays and objectives rehearsal for the two scenes.

Continue to work on scenes.

Presentation of scenes in workshop form.

Master teachers of the theatre – Observations on teaching theatre by nine American masters.

Stella Adler – The Technique of Acting

Lee Strasberg – A Dream of Passion

To sign up for acting classes and to meet with acting coach Michelle Danner in person at her Los Angeles Acting School please RSVP for the free informational session in the contact form on the left. You may also call 310-392-0815 or email us at info@michelledanner.com for up-to-date information on all acting classes and workshops. ACTING SCHOOL IN LA, THE MEISNER TECHNIQUE ACTING CLASS.

THE MICHELLE DANNER ACTING STUDIO, ONE OF THE BEST PERFORMING ARTS SCHOOLS IN THE US

ONE OF THE BEST DRAMA SCHOOLS EMAIL ADDRESS:
ACTINGCLASS@MICHELLEDANNER.COM

LEARN ACTING FOR FILM BY ACTING IN FILMS